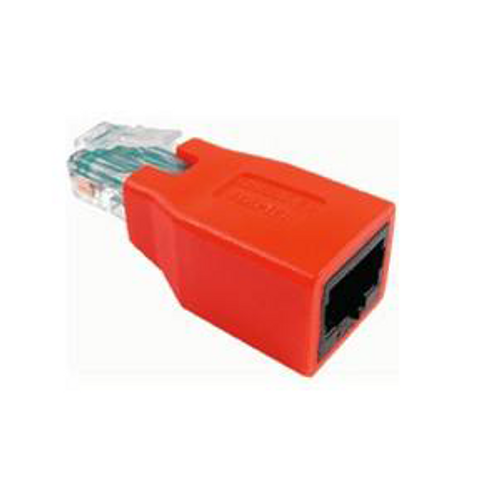 The Cat5E and Cat6 Crossover Adapter (Commercial Grade) can transform any Cat5E or Cat6 Ethernet cable into a crossover cable. A standard Ethernet cable has the same pattern on either end of the cable, making it a straight through cable; this device has the pattern rearranged within its plastic case to change a 568A pattern to a 568B pattern or the other way around. Plug one end of your Ethernet patch cable into the back of the adapter, and then plug the adapter into your device. Easily connect like devices to each other without having to buy extra cables, which makes the Crossover Adapter great for making DIY home LANs.